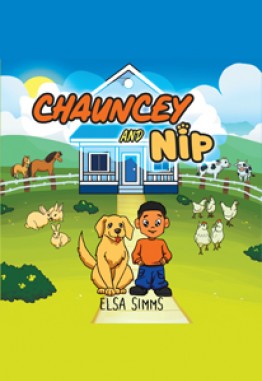 The book is about a boy and his best friend; a dog, his parents and their daily ordeal whilst living on a farm in rural Moore Town. It is of course, fictional, but can be attested by many of whom, have experienced this kind of upbringing, especially for those in rural Jamaica; away from the hustle and bustle of the city life. It showcased, how neighbors interacted on a daily basis, how love can be shown in many ways; that life doesn’t have to be filled with restraint of uncertainty; malice, strife and a sense of inferiority. It was humble beginnings; where a child learned at an early age about responsibilities and the consequences of not following through with them. It expresses the warmth of people, especially when you need them the most, you don’t have to ask; they simply fall right in. It doesn’t matter what the case might be, just know it will be done; with a heartfelt smile.

The book reflects a simpler time; Moore Town residents are perceived as an extended family, whom has wholesome family values that others tried emulate.

Elsa Gail Virgo Simms; was born in Kingston Jamaica in the seventies to a dedicated mother and an absentee father.She attended Porus Infant school, the parish of Manchester where she resided, but, much later than her peers; yet, advanced enough in her studies, to graduate the same time as they did. Later she attended Porus Primary School, then Bellefield Comprehensive High School. Elsa loved Spanish and English which were two of the subjects which she excelled in. Later on when it came to the choice of vocational studies; it was a tossup between Food and Nutrition and Clothing and Textiles. She chose Clothing and Textiles because that meant less expenditure. Though it wasn’t her first choice she enjoyed it and graduated at the top of her class. The following year she attended The Ebony Park Heart Academy in the neighboring parish, where she continued with Garment Construction. Her expectation wasn’t met; yet she did extremely well in College level English.

She then thought about securing a career in the field of English but thought about the pupils, whom she would teach and quickly changed her mind. She then migrated to Canada, spent year in TL Kennedy Secondary School then later George Brown College, where she studied Clothing and Design; she changed her major after one year, and went back to her first love, Chef Training. She was exposed to the stressful yet fulfilling life of the food service industry, she persevered, and had a successful completion. She got married in early 2005, had her first son later that year. Five years later she gave birth to a set of twin boys. Life’s choices were surrounding her children, by then she had to forget about herself and became a mother, doctor and nurse, for her children.

Much later; it was time to get back into the work mode; where she volunteered as a Program Aide at a local long-term care facility. Worked as a Customer Service Representative in a non profit organization, in the city of Mississauga,then later in the field of Aviation, to the present; whilst being the proud owner of the Eastern Trading Company, which specializes in natural skincare products.

The book, 'Chauncey and Nip,' came about after reading to her sons. Elsa then decided to write a children's novel, about a boy and his four legged friend (a dog). A month later she read her manuscript to her sons, and told them that the book read at bedtime, was hers. Their big eyes became even bigger, they had many questions; but, the greatest thing of all; they became interested in reading.

Chauncey and Nip
by Elsa Simms

How I Saved Satan's Daughter i...
by Tobi Yaza

How Spirituality Saved My Life
by Diana Costas

Wisdom and Understanding
by Nija Walker

The Truth Behind A Smile
by Genesis Nefertari Hernandez Banda