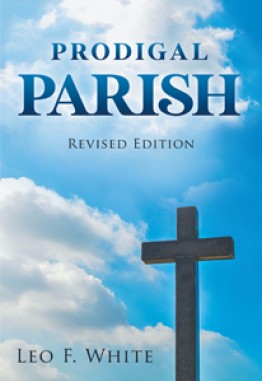 Father Paul Wesley’s journey through life had proven to be a turbulent one. It began with his ignoble conception and continued through a tempestuous childhood and early days as an adult, as he rebelled in a truculent manner; seeking to overcome the stigma his mother’s unsavory lifestyle and the emotional misery it brought with it. Then, after causing the death of his best friend, Paul Wesley had an epiphany. His eyes were opened, and his life changed.

Now, as a Catholic priest, he felt free of the emotional duress that threatened his existence. He was ready to atone for the raucous deportment of his youth through the ministry of the Church and leave his less than desirable past where it belonged ⸺in the past! But, unbeknownst to him, there were challenges still to be met. Amends that needed to be made. Decisions to be rendered that would define him as not only a priest but as a man.

The archdiocese was in the process of downsizing. There were a glut of churches and some had to go. The architect of this downsizing scheme was the cardinal’s personal secretary, Father John Moore. He had a greedy plan in progress to fatten his family coffers. But his plan hit a snag when his next prized takeover was the Church of St. Theresa, a church that had been under the spiritual guidance of Father Ronald Coniglio; the cardinal’s seminarian roommate and close friend who has fallen on harsh times emotionally and physically.

It is onto this scene that Father Paul Wesley is asked to be the answer to the cardinal’s guilt-ridden conscience for his negligence regarding the downward plight of an old friend. In the meantime, the cardinal’s secretary has a totally different objective for Father Wesley. He is to be the designated sheep in wolf’s clothing and oversee the demise of the poverty-ridden parish.

What neither of the prelates in the archdiocesan hierarchy counted on was Father Wesley being his own man. He makes the decision to return to the church of his youth but not as the cardinal’s answer to ease his guilty conscience or Father Moore’s executioner of a ruthless plan to lull the parishioners of St. Theresa’s into a false sense of security. It is Father Wesley’s intention to, somehow, save the place.

Once back in the old neighborhood he is forced to tackle the parishioners problems of infidelity, an unwanted pregnancy, intimidation, pedophilia, bigotry, poverty, marital discord and an attempted rape that will force him to revisit a past he wants to forget. His mettle will be tested, and his resolve challenged.

Will he meet the daunting task he forced on himself? That question will be determined by the reader as materialistic matter crumbles but spirituality reigns on.

Leo White is a four-decade veteran of the New England television scene; having worked for The New England Sports Network (NESN) and the NBC Sports Boston as a graphics coordinator and a feature writer. He also toiled at the Fleetwood Recording Studios for several years and it was at Fleetwood where his writing career saw its start.

It was at Fleetwood where he was asked to step in and fill a void when a freelance writer had been forced to step aide due to personal problems and thus started his fascination with the written word. In 1980 he was asked to again step in, at the eleventh hour, and write a television show chronicling the Boston Bruins season. His overnight effort earned him a New England Emmy Award nomination.

But the true test of his writing abilities didn’t come until a close friend challenged him to write something serious. Something that could deliver a message and carry his name forevermore. Now, four novels later, he has done just that. His novels have scanned the literary landscape from serious and intense storylines (Prodigal Parish and Next to Never) to the sex-driven and suspense filled tomes (Dirty Girl and Dirty Pictures). Four books that have travelled two different paths but have received excellent reviews from his readership: including the Kirkus Book Review.

Grandpa Tales: And other fabri...
by Loren Zini

Details of the Last World
by Ms. B

The Dead and the Bizarre are h...
by David A. Landry

It May Be True: A TEENAGER 'S...
by Robert Snider

My Name is Connor Ross
by Alexander Kubiak

Finding Her Again
by Aqsa Dhanani

Greatest in the Kingdom of Hea...
by Josef Banom