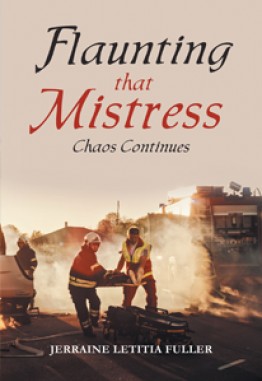 CaTrina is still torn between love and lies from her husband; lust,

from a side piece and her rage she couldn’t control. Finding her life

falling apart from hearing the promises that can’t be kept.

Jerraine Letitia Fuller AKA Tisha was born and raised in

Annapolis Maryland and grew up in public housing with her

brother and mom who was a single parent. She married at a

young age having one son Kevin McGowan and one daughter

Demetria McGowan. She found herself raising two children as

a single parent. She move out from Annapolis Maryland in 90’s

and remarried in 2007 to her husband, Howard Fuller that she

met while working for Anne arundel County Public School. She

is still currently working there.

Jerraine is also a grandmother and mother-in-law. While working and spending

time with family, she’s completing her studies for her Business Associate degree and

Electrician. Jerraine started writing when her mother became ill with Cancer to ease

the emotional pain of losing her mother that also was her best friend. Jerraine wanted

to write about something that happens everyday in life. She also experienced some of

her relationships in the past, with love and infatuation. She knew the second book,

I KNOW MY COLORS
by Frelisha M. Jefferson

Valarie the Wizard: A Fairy Ta...
by Valarie Ann Segovia

Something Unfamiliar
by Richard Wharton

Blinded by the Broken Compass
by Shane Steinhart

Surviving 50 Below : The Hunt
by Wendell Amisimak Stalker

Crushed Scales : An Unearthly...
by May Howell

The Reality of a Single Black...
by Greg Weasah

IT AIN’T ALL BEAUTY
by Dennis Marshall