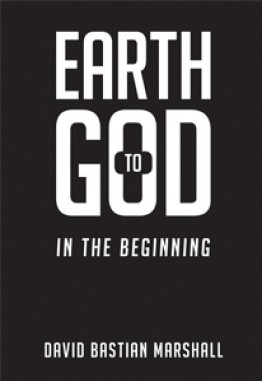 Earth to God – In The Beginning

Johann has never been a religious person, but recently he has been drawn to read the

Bible. Climate change concerns him. “Revelations” describes the end of times, but it

does not make sense. “Genesis” is a very simple account of the beginning of human

existence, but it seems incomplete and inaccurate. Of course, the authors of The Bible

did not know as much about Earth and life as we do now. Scientific methods have given

us a much more detailed understanding of this existence; it is much more complex than

complement one another. Johann believes God is the Master Scientist, Designer and

Engineer who created humans with a subset of the same intelligence as Himself. He

assigned humans to be stewards of the Earth he created, and now we have the immense

responsibility and challenge to clean up the mess we have made.

Will scientific discovery and technical advancement be embraced by religion and

Can Johann help convince humans that God is not just religion?

Our minds are a wonderful creation able to learn, ask questions, wonder, ponder and

create. The mind is also a very active and busy venue filled with data, alive with

thought, aroused by insight that is sourced from Earthly and spiritual entities.

Thank you for reading this book, Earth to God: “In the Beginning”

“In the Beginning” is the first book in the Earth to God series.

The next book in this series is, Earth to God: “The New Stewardship”

“The New Stewardship” is filled with more adventure, insights and concepts from

humans to be good stewards of all that God has created.

Earth to God – In The Beginning
by David Bastian Marshall

A Mirror Into My Soul
by Alexis White Thomas

The Dragon & The Onion Girl
by Jeremy Burner

My Tarnished Mirror: A Paper T...
by Gabriella Johnson

Life With Parole
by Janelle Antoinette

The Night Before Abby’s First...
by Dimineike Morton