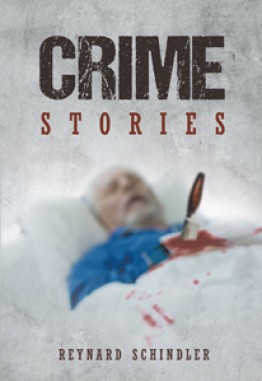 KEY OF CRIME: is a mystery novel set in Canada. Clive Robertson has ability

to open any lock easily . He says he did not murder anybody just stole important

files. But then who killed the judge?

Secret Adversary is A Crime mystery novel set in Downtown Toronto. Nobody

is aware that a secret adversary is trying to wipe out John Mortimer’s family. It

was good that young David Mortimer was kidnapped .Does he find out who

planted the bomb? Is he successful in getting justice?

Eye Of Justice: Justice is blind, until a judge gives it eyes. Frank Brandon has

served as a Judge for thirty years who believes in The Path to Justice. But he

has passed a false judgment. Will his brother Dr. Mark Brandon, a renowned

surgeon, be blind to justice too after all.

Reynard Schindler is the penname of Sridhar Mandayam Devasikamani. He is a civil engineering graduate. He worked in India and the Middle East for twenty five years and migrated to Canada. He is now a citizen of Canada. He is well versed in three languages English, Tamil and Kannada. He likes reading books and watching movies. His favorite authors include James Hadley Chase, Alistair MacLean, Agatha Christie, Wilbur Smith and R.K. Narayan. His other hobbies include cooking and travelling to new places. At present he lives with his wife in Dartmouth, Nova Scotia, Canada.

An action packed collection of stories with unique plots. The book has been well-written by the author and is comprehendible with intriguing character sketch and context. Indeed an interesting book one must read!

Here and Not There
by Ana Radeboldti

WHEN THE STREETZ BLEED
by Brandon Butler

If You Give a Warthog a Waffle
by Andi Green

The last polymath of the Islam...
by Naseeb Ahmed Siddiqui

The Life of an Ordinary Man
by Norman Ross

WHAT A TRIP
by Logan James Bagley

The Book of Thieves and the Jo...
by Summer Friesen