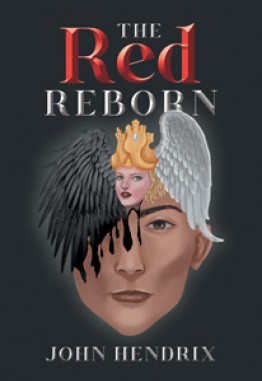 In a world where the earth is dying, and humanity’s last hope seems out

of reach! A brilliant doctor by the name of Herbert Bradshaw would

seemingly swoop in to save everyone by giving them inhuman abilities

after creating a particle that can rewrite your genetic code. After loosely

fixing the problem at hand, Bradshaw would face many new problems

created by his one “solution.”

powers for their own purposes. This in turn leads to the creation of an

evil force called The Red. The struggle for power between Bradshaw

and this being is always at a constant, and everyone seems to be in the

him? Read and find out in The Red Reborn!”

John Hendrix is a boy from a small town, and his creativeness knows

no bounds. Currently at the age of 19, John have just freshly graduated

from high school. His dream has always been to use his creative talent

for a purpose, whether it be drawing or typing.

John is looking forward to start a wonderful new adventure, and maybe

even one day he can stand with the writers he used to look up to!

The Red Reborn
by John Hendrix

Facts & figures of the Gambia:...
by Sirimang Danjo

I May Be Different As You Know...
by Nicole Wauchope

Avalanches: A Novel of the Sie...
by Patricia Morgan

Derek the Duck
by Helen Ham

The GBA Mentality: HOW TO ACHI...
by Eric Leonard