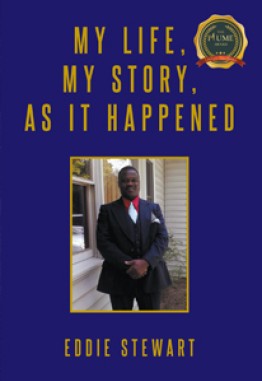 My Life, My Story, As It Happened

I first of all ascribed all gloried and honored to a ‘Divinity God’ Who has sustained this precious Life in me to be able to tell my life story as I have always desired and dream of. To be specific, the primary purpose for which I wrote “My Life, My Story, As It Happened” is to vividly explained my life story as I know it, from childhood, to the time of growing up as a young man and finally into adulthood in my native country, Liberia and now living in the United States of America since September of 2001. As I mediate on my personal life journey and experiences, the challenges and successes, I truly saw the need to put my thoughts and feelings into a book of the mosaic of collections of those experiences growing up in Zukporkwele village, Kpanta and Palakwele towns and in Harbel city, Firestone rubber plantations where I was born at the Du-Side hospital and in Monrovia, Liberia’s capital city where I spent most of the years in my educational pursuit through the walls of academic institutions from the Monrovia Demonstration Elementary School (MDES); the Total Involvement for Higher Heights elementary; the G. W. Gibson Junior School; Monrovia College and Industrial Training School and the Monrovia Central High School (MCHS) respectively. And graduated from the African Methodist Episcopal Zion University (A.M.E.Z.U) ; and while in United States I graduated from Indiana University South Bend (IUSB) and finally earned my Master Degree from Walden University in ‘Criminal Justice’ with emphasis in Terrorism, Peace and Mediation in 2015. Some of the thought provoking issues that motivated me into writing this book is the fact that I was born in a third world country, Liberia where life is filled with enormous challenges due to economic and financial hardship, difficult social issues and most important of all, the struggle for political powers by so-called politicians whose primary goal for ascending to political offices is for personal gains through rampant and uncontrollable corruptions of the country’s wealth for themselves that affects the lives of ordinary citizens to live in extreme abject poverty and deprived the youth generations of quality education because of the lack of government resources in running public schools and universities. Another stumbling block that plunged our country into poverty and long sufferings was the fourteen (14) years civic war that devastated the entire landscape of Liberia with the destruction of the country’s infrastructures, mayhem and rampage killings of innocent people including children, women and people of all ages of which I am a living witness.

I am speaking for the voiceless of my nativity, my parents, grand and great grandparents that saw the lights before I became a living being. They thought me to say ‘good morning’, to say ‘hello’ and to say ‘come and eat’, they escorted me to school buildings while growing up by walking on bare foots, they thought me how to go and draw waters from the creeks and bring it into the ‘big house’, the family’s house; they took me to the rivers for fishing and thought me how to brushed the bushes and cutting down the big trees to make traditional farms and that includes grandmother Kerbeh Berber, the most loving grandmother in my lifetime, my mother Gbaysalonh Stewart, auntie Sando Tamatai, my father Walasia, who thought me how to use the cutlass to cut the brushes and the ashes to cut down the big trees, my uncle Yarkpalo Quebelee, retire uncle Warrant Officer Sumo T. Nyumene of the Army Forces of Liberia, the AFL, Uncle Yarkpasuah Komah, the oldest uncle of the family and Uncle M. Danior Flomo. The beauties and the values of the life of the children is regarded the most important and precious treasure the family could ever own as claimed my great grandfather, Dogba Monlonh, who once said, “my children, children’s children and children’s children are my heritage, they are my riches and most valuable access, they are my millionaires and billionaires, they are my mansions standing in the villages, the towns and cities, they are my savings in the banks and whatever I cannot accomplished, they will do it and be able to live the best lives that I once dreams of living and that way, we all become prosperous, happier and life is fulfilled”. My forefathers considered their children as the most precious gifts and riches they ever own in their lifetime.

My Life, My Story, As It Happened
by Eddie Stewart

STRANGE BUT TRUE
by Tom Callahan

The Art of Creating with Succu...
by Mariana Córdova

My Bleeding Heart
by Sarai Fajans

After the Rain
by Keith Mack

Deceived By Evil - A Great Sac...
by John Daniel Roberts

Finding Her Again
by Aqsa Dhanani

Falling for the father
by Celina Dubois

The last polymath of the Islam...
by Naseeb Ahmed Siddiqui

Odyssey Of A Phoenix : Apocaly...
by Jed Morgan