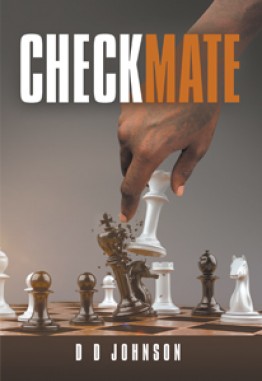 the streets are a myth and they love no one. To most, it’s just a game. This young kid

deadly aspirations to someday being crowned king. He views people as mere pieces

on the chessboard—part of the game.

Seeing that most of the boys his age from his neighborhood are—in some shape,

form, or fashion—part of the game, he knew very few understood the rules and even

fewer abided by them. The older he got, the more he realized that he had too much

to lose—a tough pill to swallow. And as it is said for most, a true player of the game

finds it difficult to throw in the towel, but damn sure doesn’t wanna die, captured in

someone’s prison. He then realized that his belief in the false narrative of the game and

how it’s to be played is a farce, along with its invisible code. Eventually, he was forced

to be honest with himself. There has never been—or ever will be—any honor amongst

thieves. Like murder, lying, cheating, and stealing, snitching is also part of the game.

The street code was—and in his opinion, is still—used to keep the low-level soldiers

and underlings in check, allowing the top-tier guys to stay in their position, at the top,

as kings! The very moment that things, however they may seem, begin to shift, people

start to talk. While not suggesting that all do, it’s fair to say the ones who stay silent due

Rule 2: If you throw bricks at the penitentiary long enough, know eventually that the

doors will open to welcome you in.

Rule 3: Know that the toughest and baddest killer, robber, gangster, dope dealer in

your hood will set you up for the kill or snitch on you. It’s just that simple…CHECKMATE.

Great Read! Checkmate is a a great book! Book is worth the purchase, well written and entertaining. I would highly recommend this book!

Yes find something legal to get into. Check Mate is a really good read

It Started in Laughlin: A Mike...
by JJ Spain

Avalanches: A Novel of the Sie...
by Patricia Morgan

What Is Meant…Will Be - The Li...
by Tre Keahey

Drowned in Love
by Sarrah Jean-Baptiste

Crime of Passion
by Tim Bentley

The Sinner
by Kurieous Williams