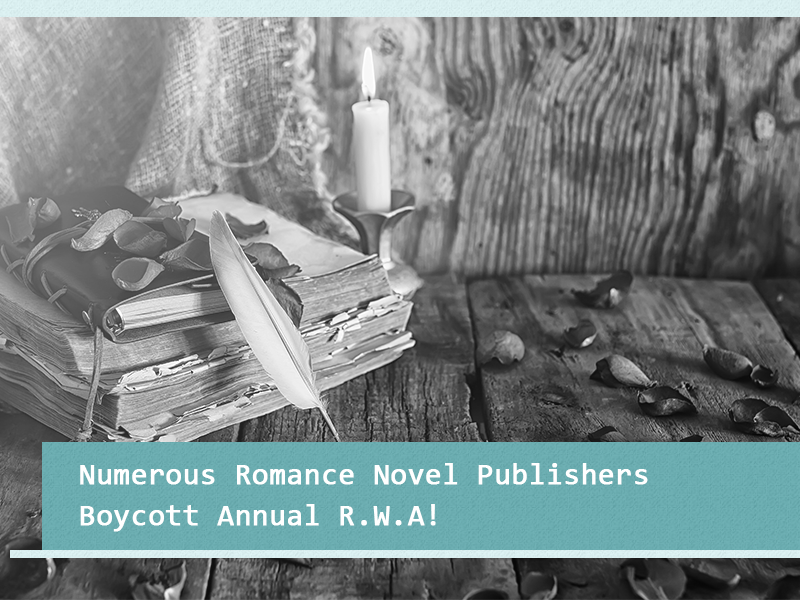 The R.W.A or Romance Writers of America has been held every summer since the 80’s. And it usually attracts a large number of people.

It is one of the most well respected conventions in the romance novel industry. It’s also a great place for new and old writers to network and sell their work.

Sadly though, due to racism accusations launched against the organization there is a chance the conference may not happen.

This is because some of the biggest romance novel publishers are having second thoughts on attending this year’s event. The organization has been facing racism accusations since last year when it suspended a member after she criticized a romance novel of racism.

This action soon earned the R.W.A backlash from numerous romance novel authors and publishers. These include highly established publishers such as Avon, Harlequin, and Entangled Publishing to name but a few.

The Avon Books company tweeted that “in support of inclusive publishing, it would neither attend nor sponsor this year’s conference”. Harlequin also sent a letter to R.W.A board of directors stating that “It is important that all authors feel included, respected and heard”.

It also added that it would re-evaluate whether to participate next year.

The accusation and subsequent loss of support from respected publishers soon prompted eight board members to step down from their posts in the R.W.A. Former R.W.A President Helen Kay Dimon also stated that the departure of so many major romance publishers is a major blow to the organization.

But despite these setbacks, the R.W.A has stated that it will still be moving forward with the conference and that programming would include opportunities for conversations around diversity and inclusion.

They also released the following statement. “We are disappointed to lose some sponsors and participants for this year, and hope we’ll be able to regain their support in the months and years ahead.

The conference will take place in San Francisco, on July 29 this year.

5 Effective Tips on How to Reach out to Literary Agents

5 Reasons Why You Should Have an Author Platform