Is It Legal to Resell Ebooks in the EU? Here’s What We Found Out! 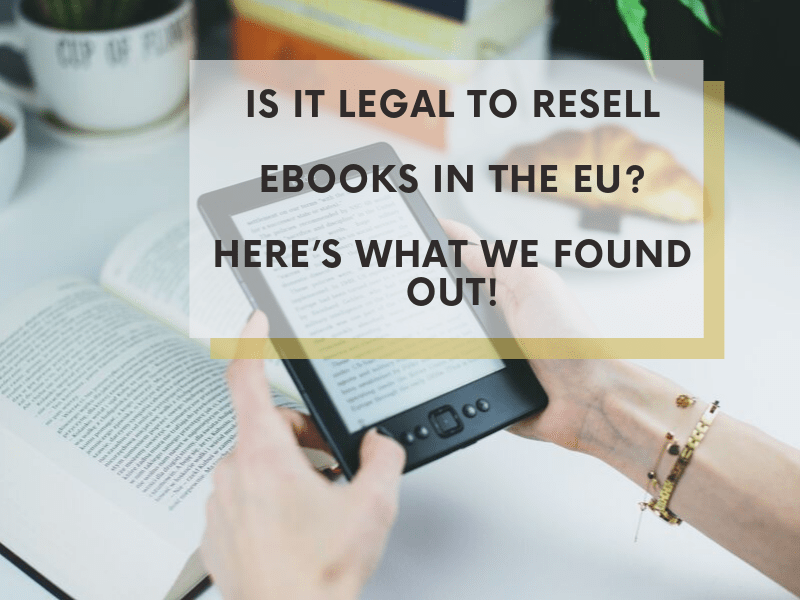 If you are a self-publishing author, you would know that there is a certain vagueness to the way things are done in self-publishing circles, compared to more traditional ones. And there are some questions that spring up as you continue your journey as a self-published author. One such question being is it really legal to resell eBooks in the EU?

This is a very important question, because you could land yourself in a lot of trouble if you go ahead and resell an eBook only to find out that you could not later. So the main question is, is it legal to resell eBooks in the EU? Here’s what we found out.

As per the “UsedSoft Decision”, it has already been decided that it is legal to resell software in Europe. As it was decided in the “UsedSoft” Decision. But the main question now is whether or not eBooks can be classified as a software, or should it be classified in a different terminology?

And just recently EU Advocate General Maciej Szpunar has concluded that there are feasible legal arguments that you can resell eBooks, the same cannot be said for those following EU laws. This is because the exhaustion doctrine allows the reselling of software, but it does not include eBooks. And because of this the Advocate General is of the opinion that you can’t resell eBooks in the EU.

But please be reminded that this is just an opinion, and is not legally binding until the case has been decided.

According to the opinion of EU Advocate General, you really can’t resell eBooks. And even though this is merely an opinion, it might be backed later on by the CJEU. So for now, if you live in a country that follows EU laws, don’t tempt fate in trying to resell an eBook.

5 Great Tips on How to Choose the Best Title for Your Book!

5 Easy to Follow Tips for Writing a Self-Help Book