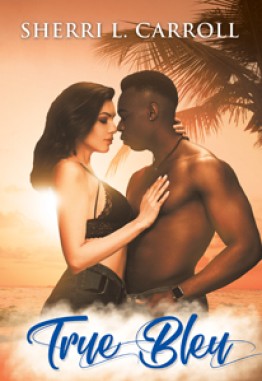 Skye “Bleu” Aberra, the main character is from a rural town in Alabama and going through

a divorce from a cheating husband. Skye decides to leave her position as Corporal with

the ABI, and accepts a job as a police officer in Miami, FL, opting for a new beginning

far away from the life she once knew. It was difficult because this is where her dad was

gunned down by gang members when she was 15 years old. She wanted to honor him and

his legacy. But God was telling her there is more for her. She had always prayed for God

to send her a man He created just for her. A God fearing man, full of love for his family,

faith, loyalty and one who was real. Being 48 years old, she was now doubtful one existed,

her it’s time to move.

She ran face to face into 50 year old Haitian Rico Viciere in the grocery store, and her

world changed. All her defenses seemed to vanish and she knew this was the one. He

was in love with her at first sight. He was drawn to her blue eyes. He loved “Bleu”. That

was his nickname based on his love of her eyes, not knowing her dad gave her that for her

middle name. From their first encounter, it was as if they knew one another and felt they

were led to meet.

possibility of promotion to the unit with Miami PD. Finally he comes clean of his time

in prison for drug smuggling, carjacking and armed robbery. She feels he’s holding back.

He’s frightened to tell her his truth because she had opened up about her dad. He knew

how she felt about gangs. Could she get past this? Would his past ruin their future?

culture with a questionable past?

Sherri was born and raised in the small town of Slocomb, AL. She is the

oldest of three girls. She graduated Slocomb High School in 1991 and

makeup, acquiring her Master Cosmetology License and opening a successful

salon of her own until closing it in 2016. It allowed her the freedom to obtain

Upholding My Life : Adjusting...
by Curtish B. Taylor II

My Life of Rainbows
by Lauren Myers

A Closer Walk : Devotional for...
by Tempesst Walker