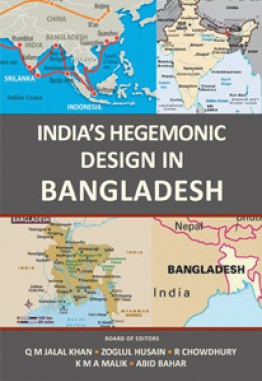 India is a postcolonial Third World country, rather a conglomerate of diverse nations, who either became parts of a 'mega nation' at the time of the Partition, by default; or were coerced into joining the artificial, fractured entity. Kashmir, Hyderabad, Goa, Mysore, and several other princely states are examples of territories grabbed by New Delhi. The real India--as opposed to the so-called 'Shining India'-is where about 70% people are neglected and about 35% people are below poverty line. The Seven Sisters in the northeast (Arunachal, Assam, Manipur, Meghalaya, Mizoram, Nagaland, Sikkim, and Tripura) are completely different from the rest of the country, both in economic and political terms. Rest of the world looks at India as 1.3-billion-man market.

Interestingly, while educated and well-versed Indian strategic thinkers do not believe their country has the potentials to become a superpower, ever, sections of Indian politicians and Hindu nationalists - suffering from the delusion of grandeur - want their country to become an empire, as it once existed in the ancient period, stretching, broadly speaking, from Afghanistan to Indonesia, as also dreamt by Nehru. However, while India cannot make peace with itself, with its own diverse nations - some nurturing centrifugal tendencies - its BJP-RSS supported hegemonic 'Akhand Bharat' designs in the neighbouring countries are bound to backfire.

Seemingly, India will have to cede some territories to China in the south of the disputed McMohan Line, eventually! In any case, India, since the first electoral victory by the proponents of Hindutva Fascism under Atal Bihari Vajpayee in 1998, and especially since the second round of victory under Narendra Modi in 2014, has almost become a totalitarian Hindu State with the façade of parliamentary democracy. Amendments of citizenship laws, the National Register of Citizens (NRC), 2003 and the Citizenship Amendment Act, 2019 are grossly prejudiced against Indian Muslims. Millions of them have already been earmarked as intruders from Bangladesh and Pakistan. The marginalization of Muslims in India - like the Nazi social exclusion of the Jews in Germany - is the first major step towards India's transformation into a full-fledged proto-fascist country.

Meanwhile, the ongoing violent physical attacks on Muslims and demonizing Islam and India's Muslim rulers have become the norms in Modi's India. The Hindutva fascists not only publicly declare to undo the Partition of 1947, but also have virtually turned Bangladesh into a client state by installing the pro-Indian puppet regime under the Awami League of Sheikh Hasina in 2008. It goes without saying that the Hasina-led Awami regime, while being a bootlicking Indian lackey, is an utterly corrupt, overwhelmingly oppressive, and widely election-rigging fascist regime at home in Bangladesh. The combined result is an unfailing demonstration that the long-term consequences of the rise of Hindutva fascism are going to be disastrous not only for India, but also the smaller neighbours like Bangladesh, Nepal, Bhutan, Tibet, Burma, and Sri Lanka.

Daily Bread
by Ethnelda May

Animal Tails: A Firefly’s Nigh...
by Zallina Kira Johnson

I Don't Know
by Peaches Coleman-Lunsford

The GBA Mentality: HOW TO ACHI...
by Eric Leonard

Rebuild Your Business: Get it...
by Mike Wolf

Toby and The Tree
by Derrick E. Lee

Am I Big Enough: To help you t...
by Bob Fobian