How to Reach Out to Influencers for Book Promotion 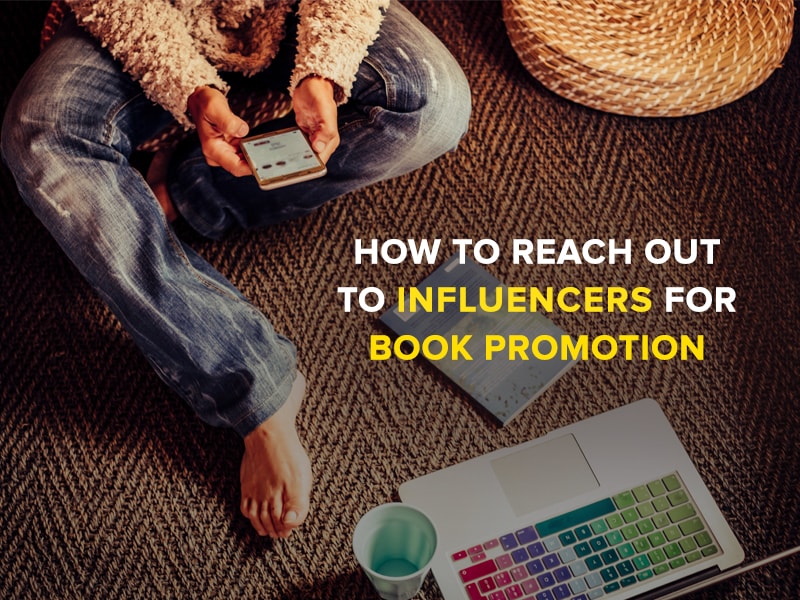 If you just started out as a writer, you should know how difficult it is to promote a book. This is because there is a great deal of uncertainty that comes with the book promotion process.

Not to mention the competition that you will have to face on a daily basis. So if you want to properly promote your book, you will need to try out a variety of book promotion techniques.

And if you could get your book reviewed or mentioned by an online influencer it would do wonders for your overall book promotion.

Here are ways you can reach out to influencers for your book promotion:

Make sure that the influencer you choose could help your overall writing career.

And seeing as you are in the book publishing industry, the influencers you should reach out to should be writers, book bloggers or anyone who is involved in the literary industry.

Look into their background, their level of influence and how they can enhance your standing as a writer.

Once you choose an influencer to reach out to, the next step is to actually do it. When you make your pitch, keep it short and sweet.

Avoid making it too wordy or flamboyant. When you introduce yourself, make it informative but brief.

Mention your accomplishments and the reason why you want their help. Remember that most influencers are busy, and they don’t have the time to read an overly long pitch.

If he or she agrees to endorse your work, then all is well and good. But if not, then he or she has a reason.

So ease up on the pressure, and just ask nicely.

If there’s one thing you should know about reaching out to influencers, it is the fact that not all influencers will agree to endorse you.

So it is always a good idea to reach out to as many influencers as possible. Think of it as a numbers game.

The more influencers you approach, the more chances you will have of getting endorsements.

As it was stated earlier, not all influencers will endorse your book. And if it is your first time approaching influencers, it is pretty easy to get hurt by this dismissal.

You might even doubt your skills or get angry at that influencer. Some would even write bad reviews or scathing criticism online as retaliation for this perceived slight.

Do yourself a favor and don’t ever do this. You will only come out looking petty and even more influencers will avoid you.

So don’t take things personally. They don’t want to endorse your work, then fine. Move on and reach out to another influencer.

There are a myriad of influencers out there. And you will only waste time and effort getting angry over something so insignificant.

If you get criticized, try to learn from the criticism. If the influencer comments about your work, take in the criticism and just move on. You’ll learn and become an even better writer because of it.