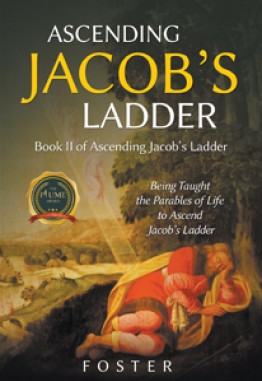 This is to me one of the enjoyable books out of the three that I have been able to pen, I feel like I have so much life left in me during much of this book. I find also it tells me little things pertaining to the great advent that will take place within Utah Valley.

In one of the first dreams, I also become aware of how the advisory gets into the heart of men and takes them down to the depths of the lake, to consume at his will. As I go through this work, I find that there are events that are going to take place that I later , by pure happenchance find the answer to while reading my scripture events that I have read several times but for some reason I was unable to see those events with the clarity that I know see them taking place.

You will also see that there is a dream that is called, "The Parable of being schooled" I nearly named this entire series after that vary chapter because it taught to me that throughout all of the parables that are being written. It is "The Parable of being Schooled" that most explained to me what was going on throughout this dreaming and interpreting process.

Then once again I decided to place into this work one of the same parables that I used in the first book of this series because I was directly told to pause for a time, that is what I did. I didn't begin again until I was once again told to move forward why this was, I have no Idea, but like I have stated, "I am only the pen in this project, nothing more."

Regardless I am happy to do so.

There are so many events that take place in these parables that astound me such as that of, "The Parable of The

Baptism of Fire." This took place just before we had Covid-19 hit us, I found that this event was why I ended up moving into Spokane for only a year. Halfway through that year was when Covid-19 hit us and all the pleasurable moments of having family over had to stop.

I have also found that the Lord was stretching me through these dreams and vision, they from before the first book started out with just ten or so symbols. As time progressed, they had evolved into fifty and then into a hundred and fifty symbols that showed up during each dream. I should probably save this tid-bit for the third book, but I was given one dream out of that book that carried over three-hundred-eighty symbols, that dream took me well over two weeks to interpret.

As a little secret to let you know that in order for me to understand dreams in the manner, they are to be understood that I have to go through a seven-step process through which each dream is interpreted at which point I have to decide between three different forums of how to present each dream, this is done by the spirit. I would often have a dream and assume I understood it but until I put it through this process, I truly had no idea of how the Lord made sense of the way I received the dream, then to finally see how each dream evolved. There is no way I could have put together these dreams and vision and had them present the understanding that exists without him being in control of this process.

I know if you are paying attention to the Spirit that you will find alternate meanings to each one of these parables when you review them. I pray that you may gain more knowledge, inspiration and wisdom as you read and travel through all of these discoveries as I have.

Drowned in Love
by Sarrah Jean-Baptiste

A Closer Walk : Devotional for...
by Tempesst Walker

Training for Your Passion
by Yuyang Zhang

How Alcohol Ruined My Dreams
by Kevin Workman

A Child’s Place
by Willie B. Thompson

What Is Meant…Will Be - The Li...
by Tre Keahey

THE LEGENDARY TY-TEX
by William Benton