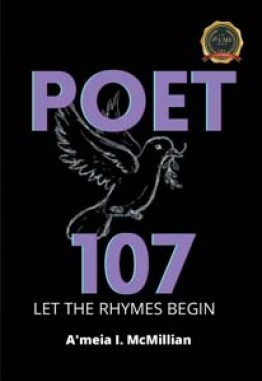 The creativity all began, when it was just the pen, the notebooks, God, and I.

At age 15, poetry became interesting to me. It was something new, as if it was the beginning of a journey. Not knowing how far I would go with this or if I would even go far at all, until I wrote my first poem, and realized that I have a God given talent!

My first thought was, "I'm going to use this for good."

In the year of 2020, there came a time when I put the poetry on the shelf, a whole year. But when the beginning of January 2021 came, my attention was being called to write poetry, and I did.

As I wrote, more ideas came to mind, such as titles, lines, and words. But then, I put the talent back on the shelf, this time with more life distractions.

Finally in June of 2021, after a trip to New Mexico from visiting my friend and sister, in Christ, and her family, while there, I wrote a poem, and was excited!

When I arrived back home in Texas, two months later, I became restless at night, from thinking.

And a name would come to my mind, like to a song, movie or a poem, so I would record that title for keeps, because I knew there was a purpose.

On Wednesday, October 6th, 2021, God gave me a dream in my sleep, and told me in a message that read, "WRITEIT.COM," and I took that as a green light from there, now it's being done.

The In Between
by Kaylee Dial

Every Rose Has Its Thorn
by Jesus Galvan

The Facades of King Street: Ch...
by Robert Schlau

The Tales of Nalor
by Jack Crawford

Daily Bread
by Ethnelda May