7 Different Types of Conflict in Literature with Examples

In literature, even in its earliest forms, conflict is a crucial and major narrative element. Alongside other literary components, conflict helps develop the story and propels the overall storyline.

It is what brings spice and entertainment value to the story. Writers are always faced with the conundrum of creating a story that is compelling and interesting.

The use of conflict, if melded well in the narrative, is a handy literary technique to address this entertainment aspect.

Now, let’s delve into what conflict is and its importance in writing a story.

What Is Conflict in Literature?

Conflict is a literary device in the literature that shows the struggle between two opposing factors. The conflict is meant to create tension within the story and move the story along.

These external conflicts usually come in the form of antagonists or uncontrollable circumstances.

It is this upcoming event that puts spice into the man vs. man type of conflict.

The Iliad. The Iliad is one of the earliest written works that humanity has ever known, and it centers on the epic Trojan War. At the very center of this conflict were two warriors—Achilles and Hector.

Achilles was a warlord who fought for the Greeks while Hector was the prince of Troy. Achilles was a conqueror of men—proud—and a lover of war.

Whereas Hector was a defender of his people and only wished to save his beloved nation from the predations of marauding Greeks.

Both men were sublime warriors, but that is where the similarities end. Both men are also fated to meet in a climactic battle where only one man lives. 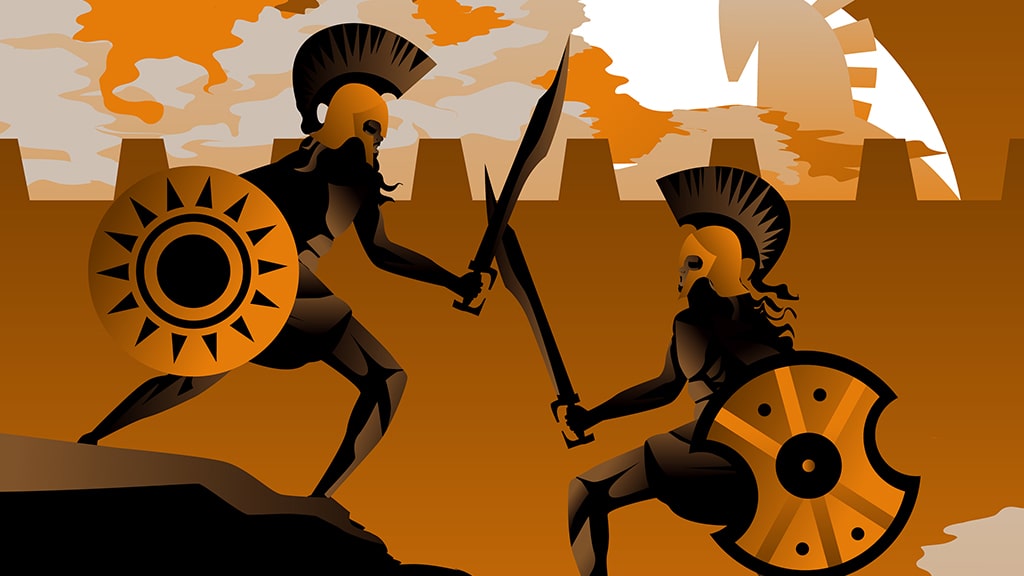 The story follows the moral quandaries of a former law student named Rodion Romanovich Raskolnikov. He lives in poverty and hates a pawnbroker who he considers a very greedy and detestable person.

He kills her and steals her belongings. He soon goes on an introspective journey where he wrestles with his inner demons.

Oedipus Rex. One of the most famous examples of man vs. destiny is the myth of Oedipus. Born the son of Laius the king, he was prophesied to kill his father.

Fearing for his life, the king has Oedipus sent away to be killed. However, he survives and is adopted by a shepherd, and later raised as the son of another king.

Years later, while on a journey, Oedipus meets an old man and his servants. They get into an argument, and he accidentally kills the old man. The old man turns out to be Laius, his real father. 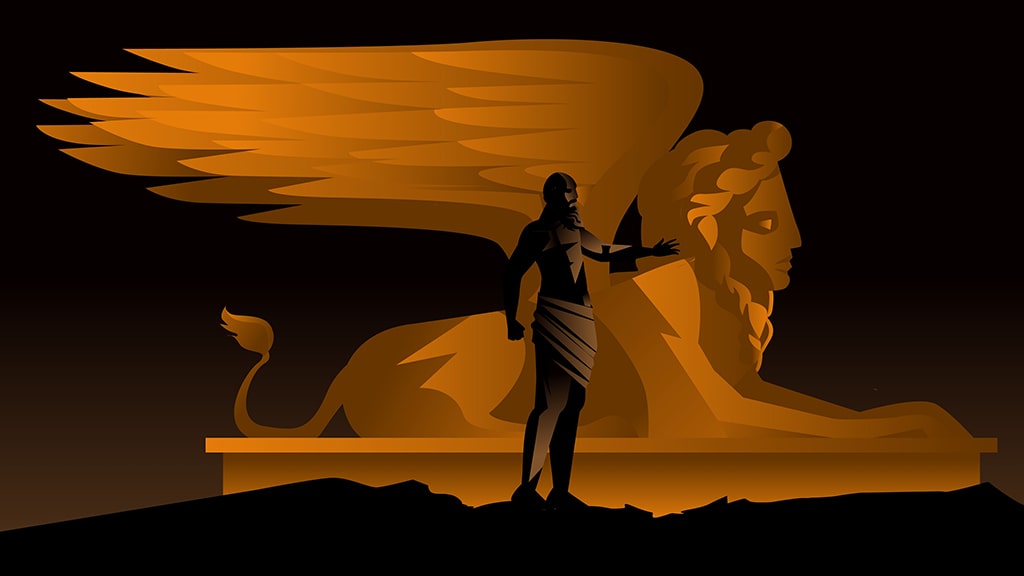 The “man vs. elements” conflict pits the main character against nature. This type of conflict uses nature as the central antagonist.

He faces a life of hardship and loneliness. He is a castaway with only his dogs and farm animals for company. He also has to inhabit a land where the flora and fauna are unknown to him. 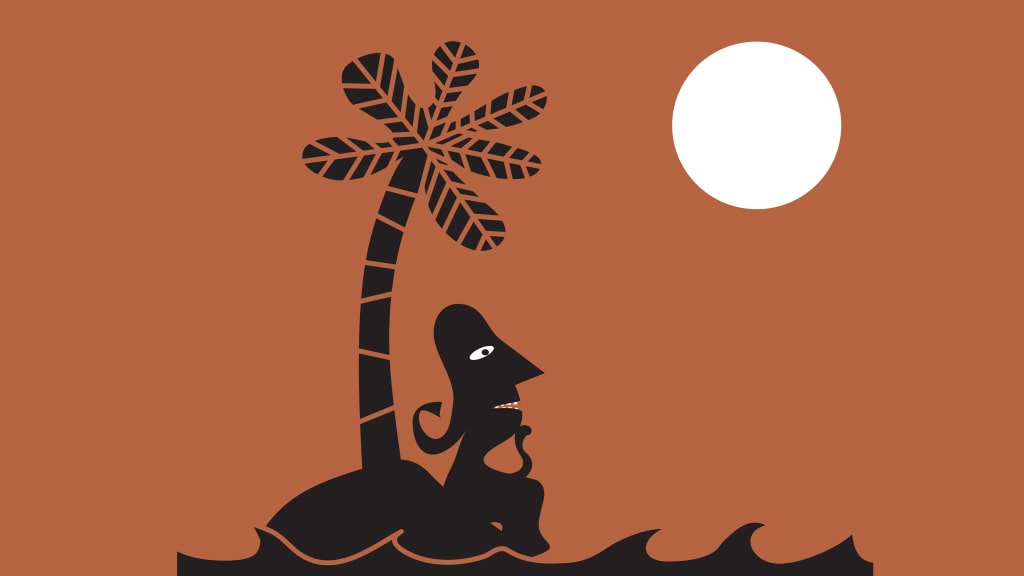 The “man vs. the unknown” concept pits the main character against the unknown nature of life itself. This type of conflict gives your story a more foreboding feel.

Kafka on the Shore. Renowned author Haruki Murakami’s immersive story follows the journey of a young teenaged boy named Kafka who runs away from home. The story has a metaphysical feel that uses various unknown forces as the conflict in the book.

The main character must strive to change or at least survive in this corrupt society.

Les Miserable. This classic by Victor Hugo follows the story of Jean Valjean, an ex-convict who makes his fortunes and becomes the mayor of a town. However, despite reaching such a lofty post, his past as an ex-convict still haunts him.

This type of conflict pits the main character against technological advancements. The main concept for this kind of conflict is that despite technology’s incredible advantages, there is still a dark side to it.

1984. This classic by George Orwell takes place in the year 1984. It is a dystopian future ravaged by war and civil strife.

The world is now under a totalitarian regime where everyone is forced to adhere to the regime’s rules. The regime uses television screens, cameras, and hidden microphones to keep tabs on the people.

How to Use Conflict in a Story

The ingenuity of a writer in building a storyline varies; some have a solid idea from the beginning while others let the plot present itself as they are writing it.

Regardless of one’s process and writing technique, these tips can be handy in introducing conflict in your story.

What’s important is that you have a list of writing prompts. Write whatever comes to mind and use your imagination freely.

When it comes to writing conflict for your story, you should base it according to the genre you are writing in. For example, if you are going to write a story about survival, then you could use the man vs. nature type of conflict.

On the other hand, if you are going to write a book about warfare, then you could use the man vs. man or man vs. society kind of conflict.

Yet another aspect to take into account is your characters. Make sure to create compelling characters and flesh them out.

After fleshing them out, you should make conflicts that will truly challenge your characters. The more difficult the conflict to deal with, the more compelling your story will be.

If you want to enhance your story further, you should write great antagonists. Remember that your antagonist is the main source of conflict within your story.

Take the time to fully flesh out your antagonist and strategically place him or her in your story.

Writing is a skill inasmuch as it is knowledge; it takes constant practice to get better at it as well as understanding to master the art.

Learning the fundamental and basic literary elements, such as conflict, can help you, as a writer, develop your own unique style and content.

4 Essential Tips for Hiring a Ghostwriter

10 Famous Quotes on Love to Brighten up Your Day